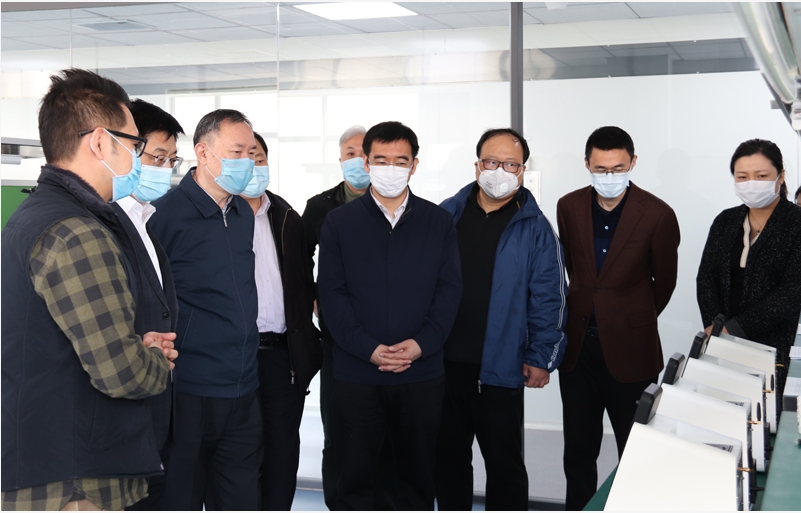 The General Manager of LOCMEDT Mr Zhiyi Kang, mainly reported the production and operation of LOCMEDT during the outbreaks, and the portable clinical blood test analyzer’s technical principles and market application prospects.

Mr Yongkang,Dai  fully affirmed the company's in vitro diagnostic products, and combined with the specific demands of enterprises to introduce the latest preferential policies conducive to the development of small and micro enterprises, and put forward valuable suggestions for the development of enterprises. Director Dai said that the municipal Science and Technology Bureau will further implement the unified deployment of the Municipal Party Committee and the municipal government, and actively provide policies, resources, application scenarios and other aspects of support for small and micro enterprises, to help enterprises to relieve difficulties and tide over difficulties.

Kang, the head of the company, thanked the leaders of the science and technology Bureau and the functional departments of the government to understand the needs of enterprises, and said that small and micro enterprises will further play their own advantages, forge ahead with determination, pioneering and innovative, and constantly add new vitality to the development of regional economy and medical industry.